On September 27, an unprecedented event will take place.

The current IEEE President, President-elect, and Executive Director will speak about their experiences and plans for IEEE. The presentation will be streamed live, and the in-person and remote audiences can ask questions.

This is an opportunity for viewers to learn about the organization, ask questions, hear about new events, and discuss what IEEE does well. Leadership will speak and listen to the membership directly. It is a unique opportunity to make your opinion heard.

Too shy or too busy to attend? You can leave your question, comment, or compliment at:

6:00 pm – 7:15 pm Presentations by Jim Jeffries, Jose” Moura and Stephen Welby. Live streaming by IEEE.tv starts at 6 pm and continues until the end of the event. 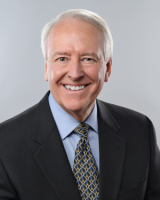 Jim Jefferies retired from AT&T and Lucent Technologies following 33 years in engineering and executive positions including fiber optic cable development and manufacturing, quality assurance, and supply chain management.  He managed the engineering teams that delivered the first commercial fiber optic cables for AT&T.  He served as logistics vice president, responsible for worldwide supply chain and export planning.  He has led teams in major technology transfers, transitions of information technology, and organizational change.  He has also worked in the entrepreneurial sector as Chief Operating Officer for USBuild.com in San Francisco, CA, USA.

Jim served two separate terms on the IEEE Board of Directors, as well as the 2015 IEEE-USA President.  As President of IEEE-USA, Jim supported the expanded focus on public visibility, young professionals, and humanitarian outreach.

He received his BS in Electrical Engineering from the University of Nebraska and an MS in Engineering Science from Clarkson University.  He attended the Stanford University Graduate School of Business as a Sloan Fellow and earned an MS in Management.

Jim is a member of the IEEE Eta Kappa Nu honorary society and a licensed professional engineer (Emeritus).

José holds 14 patents, including two used in over three billion disk drive chips in 60% of all computers sold in the last decade and the subject of a 2016 US $ 750 million dollar settlement between Carnegie Mellon and a semiconductor manufacturer. He is President and cofounded Spiralgen, a company that specializes in super-fast software components for cutting-edge parallel platforms. This includes technology licensed by Intel (10 million lines of code in Intel’s IPP) and licensed and used by several other companies.
He received the IEEE Signal Processing Society Award for outstanding technical contributions and leadership in signal processing and the IEEE Signal Processing Society Technical Achievement Award for fundamental contributions to statistical signal processing.

José will strive for a transparent, lean, open IEEE that runs a balanced operations budget and focuses its capital investments on building IEEE’s future by creating new sustainable businesses that serve members and IEEE’s technical communities. A second related priority is to significantly increase its membership by making IEEE relevant to professionals from all walks of life, young and seasoned, from any country in the world or industry.
José has served as the Technical Activities Vice-President and has been a member of the IEEE Board of Directors where he served as Division IX Director. He was also a member of the Technical Activities Board, IEEE Awards Board, Educational Activities Board, Publication Services and Products Board (PSPB), and PSPB Strategic Planning Committee. He is also a founding member of the IEEE Portugal Section. 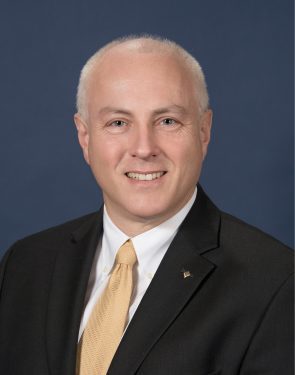 Stephen Welby is the Executive Director and Chief Operating Officer of the Institute of Electrical and Electronics Engineers (IEEE). IEEE is the world’s largest technical professional organization dedicated to advancing technology for the benefit of humanity. IEEE and its members inspire a global community to innovate for a better tomorrow with more than 423,000 members in over 160 countries, and through its highly cited publications, conferences, technology standards, and professional and educational activities. IEEE is the trusted “voice” for engineering, computing, and technology information around the globe.

Prior to joining IEEE, in 2015 Stephen was nominated by President Obama and confirmed by the US Senate as the Assistant Secretary of Defense for Research and Engineering. In this role, he served as the chief technology officer for the U.S. Department of Defense, leading one of the largest and most complex research, development, and engineering organizations in the world. He oversaw a $12.5B annual investment portfolio, managed internal and collaborative research and engineering efforts, drove a culture that valued innovation, and supported the department’s global technical engagement.

Stephen holds a bachelor of science degree in chemical engineering from The Cooper Union for the Advancement of Science and Art, a master’s degree in business administration from the Texas A&M University, and master’s degrees in computer science and applied mathematics from The Johns Hopkins University. He is a fellow of the IEEE.